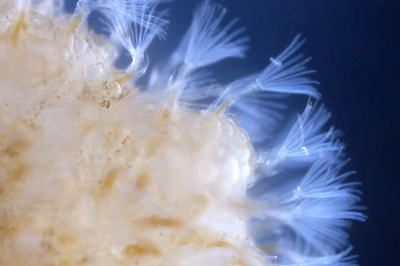 Numerous species of organisms live on our planet. Ordinarily-familiar members include vascular plants, insects, fish, beasts, and birds. The number of known organismal species is said to be about 1.5 million; the actual number is estimated to be ten to hundredfold. Animals comprise the most diverse group among them. Then,

・Where and how are they originated from?

・How many species of animals do exist on the Earth?

・What kind of relationships do they have between other organisms?

We are interested in the above issues, and tackling to solve these promlems in our lab.

My main interest is the systematics of phylum Nemertea (ribbon worms), which comprises about 1200 species distributed worldwide. Ongoing projects in my laboratory include descriptive taxonomy of representatives of Gastrotricha, Polychaeta, Platyhelminthes (Kalyptorhynchia), and the enigmatic interstitial archiannelid Diurodrilus, whose relationship to existing phyla is unclear.

I am interested in the taxonomy, phylogeny, reproductive biology, morphology, and evolution of invertebrate animals. The main focus of my research is the order Tanaidacea, a group of tiny aquatic crustaceans, with around 1200 species. However, past or ongoing collaborative projects in taxonomy and phylogeny have dealt with animal groups other than tanaidaceans, including isopods, amphipods, copepods, mites, nematodes, octocorals, entoprocts, nemerteans, and echinoderms.